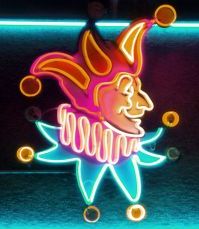 and how to get away with it!

Don't you love giving a funny farewell gift?
There is nothing more wonderful than the look of surprise and laughter when people unwrap one!

It's fun thinking up humorous gift ideas! Especially when circumstances force you to be creative!

We at the fond-farewell.com have often used humour to give going away gifts - mainly because

In all these cases the send-off was very informal or impromptu, which are the only times desperate/bad gifts are acceptable. So bad they're hilarious.

We've learned that all you need with a funny goodbye gift is a show of effort, and a clean sense of humour.

Signatures are a nice touch and a nod to sincerity, and if the farewell gift is really weird or random, a presentation should explain the joke.

A goodbye present that is given with such humour and affection in a really positive farewell speech means you can usually get away with a bad joke.

Hey! What's all that junk in the back of that library?
Dust off that weird framed photo of some guy on a cliff, and put signatures all over it and voila! Instant gift!

A group of us at an exploration site did this to Dan, our fieldy, as we felt it was the most appropriate and hilariously unappealing thing.
We wrapped it in old newspaper tied it together with a rubber band as we had no sticky tape but we really wanted it to look budget anyway.
During the farewell speech we made up some story linking the picture to him... i.e. that he was a lone hero, at home in the windswept wilds, just himself and his common sense... and random gift explained!

Janine is leaving us to have a baby?  Let's put together some paperwork to recruit the baby (drawing cartoons of the work mummy has to do, and an area for a handprint as a signature to the contract), get some workplace uniform and cut it up/sew or stick to make a mini romper, and voila!  Instant gift!

Two heads are better than one!  We present the gifts as a "welcome to the world, baby" and Janine will accept them on behalf of the baby.  We look forward to an immediate start at work for both of them (chortle, chortle, chortle), and random gift explained!

We also got Janine something from the nearest town - which was a general store, a bakery and a pub - the store had something nice so we got that for her, all the while apologising in the presentation that the nearest town only had an "It's a Girl" jewelled key-ring... and crappy gift explained!

Only kidding, we managed to get a child's toy, but for a seven year old... so we apologised for that!

Haha only kidding, we actually got her some new feeding bottles because they would be useful.  So that was nice.

Hey! What about that pink ceramic cockatoo in the kitchen?
Can we use it to give to Jodie? Sign it and voila!
Instant sentimental present that will remind her of the workplace.

And she can't leave it here or throw it away because it has all of our sentimental signatures on it, everybody wins!

During the presentation we called it an "award" for being the Only Senior Field Assistant in 2008! Random gift explained!

What! Nigel is leaving us just because he wants to go work in the Japanese snowfields as a lift technician?

One of those National Geographics has a picture of a group of geishas.  Let's very carefully cut out photos of all of our faces, and Nigel's face quite large, and stick them onto the geisha bodies!  Then stick it to some board, sign it like a poster-card, and we will always be remembered as a bunch of goofs!

We presented it to Nigel saying we were extremely jealous so this is our dream-board and we all need to focus on the vision for it to come true.  Random gift explained!

People love to have a laugh at themselves when they are the centre of sincere affectionate attention.

And remember, keep it clean! 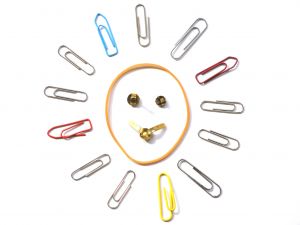 Funny farewell gifts like this are best given unwrapped or explained as part of a presentation, rather than leaving it for people to try to understand why they got such a weird/terrible present.

Of course, if you are not stuck in the middle of nowhere like we have been, please go ahead and get something nice as well as the joke gift, because everyone really does like to feel appreciated and valued.  The laughs will fade but the knowledge that they were liked, respected and valued will last a lot longer.