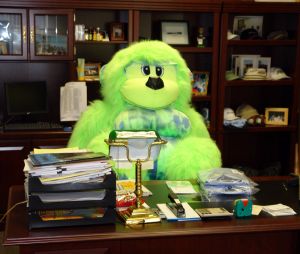 Help is just a click away for your 'Farewell Boss' questions including:

check out the advice below

and come back in a couple of days for an answer!

Question 1
"My boss is leaving for a new job. I am happy for her because she has a big role in her new company. I am also sad because we have worked together for over 15 years. She gave me the opportunities to work in many areas, gave me advice when I had difficult moments and helped me grow in my career.
Could you please tell me how to write/ express my appreciation and my sadness in the goodbye card?"
Grace from the United States

You've pretty much expressed it already! However, an edited version for a farewell card might read:

"Dear....We have worked together for over 15 years, years where you gave me so many opportunities, advice, and helped me develop in my career.
I cannot describe how much I am going to miss you.
While I am so happy for you and for your deserved new role in your new company, I am so sad to see you go.
I can't express my appreciation enough for all you've done, and all you haven't known you've done.

Best of luck and keep in touch,
Grace"

Show them their worth with a tribute.

After 35 years of dedication, nothing less than naming a part of the institution after her would suffice.

If you can't make this happen, how about naming a part of the garden after her (with a sign), or donating a seat (with an engraving of an honour to her) under a beautiful tree.

This way you can say that it is just a token of the mark she has made on the institution. And that her influence (garden or seat) will still provide comfort for people at the institution, for a longer time still.

Farewell Boss Question 3
"My boss retiring and leaving India. I am not sure how to say goodbye and good luck. What should I include in the farewell speech, as he has completed 20 years in India?"
John from India

You can celebrate how Indian he is and the uniquely Indian habits that he will still have in his new country.
You might add a joke about how some streets might be named after him, as he has been in India so long (I'm sure somewhere in India you will find it, even if its only vaguely similar!)
You can also talk about how he has brought his own influences to the workplace and what you (the company workers and the company as a business) will remember best about him. Focus on qualities he has both as a boss and as a fellow human - as people near retirement tend to reflect holistically on their time in an organisation.

Tell him that India is lucky to have had his best years but also say that you all wish for him a long and happy retirement ahead. 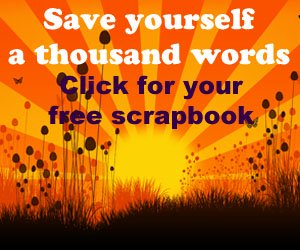 Farewell Boss Question 4
"Can you please advise me how to start the farewell dinner for our big boss (it will be held in a chic restaurant)?
When do we start the farewell speech and giving of farewell gift - before or after the dinner?
Also, should there be a farewell cake or no need? Thanks a lot in advance!"
Juliet from United Arab Emirates

First of all, when having a farewell dinner with a presentation or speech and gift, someone needs to be the designated host or Master of Ceremonies (depending on how formal the farewell is).

A farewell cake is a nice touch for dessert.

Click for some reasons on why you should bother with farewells

Farewell Boss Question 5
"My boss is leaving for a new job closer to her hometown. She has been very unhappy for four years because she wanted as job closer to her family. She does not want a party and the staff doesn't want to give her one either. What can we, the managers under her do to say goodbye and good luck?"
Susan from United States

This is a wonderful time because your boss is finally getting what she wants: to be closer to family!  And there is almost nothing more important than family.  You must agree, Susan, because you care enough about relationships to want to give your boss a nice send-off.

So if you mean that your boss doesn't want a LARGE party, maybe have a small, informal morning tea in the workplace kitchen.  This event will focus on your boss celebrating getting closer to family, rather than a farewell from a place she was never really happy at.

If you mean that she doesn't even want to share a cup of tea and cake with even a small crowd, then I suggest doing a few 'small' things, for example:

It only needs a little bit of effort to make someone feel like they belonged.  In the end it's not what you give or how extravagant you can be, it's how you can make them feel!

and come back in a couple of days for an answer!