Struggling to think of themes for a farewell? Going away party ideas abound here at Fond-Farewell! Just read on for different ways to say goodbye...

• Luau: decorations are readily available at most party stores, grass skirts, Leis, Hawaiian themed music. If the budget is tight, coconuts and pineapples from the grocery store will suffice for table decorations and instead of traditional Hawaiian food, you can order Pineapple and Ham Pizza.   "Aloha Oe" is a farewell song.

• Adios Amigo: A Mexican-themed fiesta. Maracas, Mexican flags, Salsa and Mambo music, The piñata could be filled with cash as a gift to the person leaving.

• Ciao!: Italian themed goodbye party idea. Posters from Italy, red and white checked table cloths and drippy candles. Italian food such as lasagna or ravioli would be appropriate, along with a tossed salad and vegetable. If Tiramisu isn’t served for desert, there may be a riot.


• Gone Walkabout: An Australian themed going away party idea, with kangaroos, boomerangs, plastic alligators etc. used as decorations. “Joe is going walkabout, please come join us as we say goodbye and wish him well!” would be a good line for an invitation.

• A Far Off Place: An African Safari themed goodbye party, all decorations would be African animals or baskets or face masks.

• Gone With the Wind: A southern-themed going away affair. Good southern comfort food – fried chicken, okra, etc., would be a good choice for the meal. 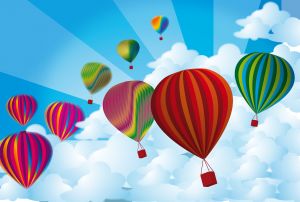 • World Traveler Party: More of a farewell for someone who is headed off to see the world, the world traveler part would be based on the theme of international traveler. A world map tacked on the wall, invitations that look like passports, and an old fashioned globe would all work as decorations. Food can be international, with perhaps each person coming brining a different nationality dish. Trivia from “Where in the world is Carmen San Diego” would be an excellent activity.

• Beam Me Outta Here Scotty!: Star Trek theme. Communicators can be cut out of cardboard and pinned onto chests, you can also decorate in black and red and request that all attendees dress in black and red as well (or black and gold).

• Blast Off Party: A blast off party would be space-shuttle themed, and appropriate for someone who is headed off say, to college or to a job on the other side of the country. There are lots of 50’s songs that had to do with space travel that could be used for this. 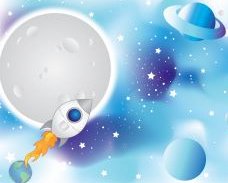 • So Long & Thanks for all the Fish: Based on the Hitchiker’s Guide to the Galaxy theme. Very space-age’ish decorations, quotes from the books, and food catered by “the restaurant at the end of the universe” would have to include steak, salad and soup (as per the book’s description).

• Sailing Away Party: This party is sail boat themed of course, for those interested in sailing, or who have been working with the ocean (Navy Coast Guard etc.). A seafood menu. Sailing songs. And “Pin the rudder on the sailboat” as a fun activity that will most certainly break the ice.

Going Away Party Ideas for Children

• Dr. Seuss Party: Based on the book “Oh The Places You’ll Go” Dr. Seuss decorations can be found in most party stores. Dr. Seuss books as well can be used on the tables as decorations. For food, the more fanciful the better, though one could get really creative and have a breakfast party with green eggs and ham.

• Packing Party: though this going away party idea could be adapted for adults, it is more or less a children’s party, with cardboard boxes, bubble wrap, different colored packing peanuts all as decorations. For activities, “guess the number of packing peanuts” in a box could be a good choice, as would giving the participants equally sized sheets of bubble wrap and see who can pop all their bubbles first.

• Over the Rainbow: A Wizard of OZ theme for a retirement or goodbye party. Make sure to lay down a “yellow brick road” and hang rainbows from the ceiling. Poppies on the table, even a few lollipops would do for decorations. Invitation idea: “Joe has found his yellow brick road. Come see him off on his journey to the Emerald City.”

• Down the Rabbit Hole: An Alice in Wonderland themed Goodbye Party, the dinner could be based around the Mad Hatter’s tea party, posters and decorations are readily available.

• Lord of the Rings Party: For the individual leaving home for the first time – or who has always had a fascination with the story, a Lord of the Rings theme is a great choice! Think cloaks, gold rings on chains, be sure to emphasize the importance of the person’s quest. A triva game with Lord of the Rings questions would be fun, as would a treasure hunt for the “one” ring.

• Your Move: Chess/checkers based theme for a goodbye party. Sheet cake in brown and white squares with plastic chess pieces placed on squares would make an excellent menu addition, or play checkers with cupcakes instead of checkers pieces - you get to eat your opponents cupcakes!

• A Star Is Born: For someone persuing a goal or dream, say in acting, “A Star is Born” would be an excellent party theme choice. Glitter stars hung from the ceiling, glitter confetti on the tables.

• Luck of the Irish: A going away party idea for the individual leaving for a better job or better opportunity. Decorations can be based on St. Patrick’s Day, greens and golds. Irish Stew would be an excellent menu option, and Celtic or Irish music would be a great choice.

• Castles in the Air: A knight in shining armor motif for someone who is leaving to go do something they’ve always wanted. Castles and knights and pennants would all be excellent decoration ideas, you can even throw in a few dragons for a little spice.

• The BBD: The BBD (also known as the Bigger Better Deal) would be a shameless “I’m getting mine” going away party idea for those who are leaving the company for a “Bigger Better Deal”, dress it up, with a sort of James Bond-ish look, cocktail dresses etc. Have a happy hour, glitzy decorations etc.

• Stepping Up: A going away party idea for the individual leaving for a new/better opportunity. This would be a Fred Estaire/Ginger Rogers theme, with boas and top hats as decorations. Music or a running set of scenes from movies, would work as background music/entertainment. Shrimp cocktail would be a good choice to include in the menu.

• The Doors: A retirement or goodbye party based on the idea of new opportunities and experiences waiting “on the other side.” Invitation: "Each Door you step through is a ending and a beginning, help us celebrate with Joe as he steps through.”

• Parting is Such Sweet Sorrow: A Shakespearean themed goodbye party idea. Optimally, a small Shakespearian acting group would be used as a focus, but running scenes from the re-done movies would work. Food would have to be “hearty”, rotisserie chicken, meat pies and drinks served in mugs.

• Come as Yourself-In-10-Years: Dress up as who or what you imagine yourself to be in 10 years time - make sure you take plenty of photos so you can compare with reality in 10 years. You'll be glad you did, it'll make you laugh (or cry - hint: set a low standard, or a ridiculously high one!)

• Give ‘em Hell: This could be a Hell’s Angles based motorcycle theme for the Harley Enthusiast, or a call to action for the new generation! The youth of today are idealistic and full of fire, so "Give ‘em Hell" is a farewell with attitude! Going away party ideas include revolutionary decorations (fists, red stars, anything counterculture), punk music and definitely a barbeque!

Were you after themes for a retirement or office party?

Need help with invitations?  Click for wording or templates.