You know you need a farewell exit strategy when the goodbye party is becoming a bad goodbye party… especially when you are bored with the company, or are suffering in Sartrean hell.

Unfortunately, as the guest of honour, you have to stay until after the speeches, but as a follower of the Leave On A Good Note etiquette, you do have some options to speed up a smooth farewell exit:


Structure appointments.
A good idea is to make sure that you have appointments directly after the farewell that you ‘cannot miss’ – that way you can rush the speeches, then cut out early with a big “thank you everyone, I have a meeting now, save some cake for me” (this is dignified).

Be distracted.
After the speeches, you can do the feint to the toilet, or answer/make a 'quick' phone call, and Not Come Back trick - because you were ‘distracted’ by something else popping up ‘on your way back’. This is not dignified, however, and rude if the rest of the room is waiting for you to come back.

Clean up.
Signify that the party is over by starting to clean up, packing away food (when nobody has touched food in a while, one sign of the party winding down anyway), or loading up the dishwasher/doing the dishes.
This is not a farewell exit strategy but should help disperse the crowd, and can use up a few more minutes of your final work day. This can seem weird, if done badly, but it should effectively kill your farewell party.

Leaving quietly versus sneaking out.
Sneaking around is undignified, so it's best to make up an excuse or just say a warm goodbye and stride out.
If it is a large party and you intend to leave quietly at some stage, then pull the host aside, say "thank-you for the party, I'm saying goodbye and good luck now, if I don't catch up with you later". This way you have spoken to relevant people and done your farewell exit without being rude.
If there is no escaping these people, then sneaking out to fight again another day is viable.

As for the rest of that final day, only a few workplaces would make you work all the way up to knock-off time.
There might be minor administrative things to do (milk them! milk them!) and handovers, but as other people are likely to be taking over your work, there wouldn’t be much for you to do.
So once the goodbye party is over, pretty soon would be time for you to leave the premises.

If the leaving party is not in your honour , you don’t have to turn up, but the right thing to do is to at least make an appearance. This can show colleagues and supervisors that you are willing to be part of a team.
If you do turn up, then are confronted with Sartrean hell, you can bail with the excuse that you have a report due soon that you need to work on, and that you just popped in for a bit of a break from it.
Always show goodwill and say “Thank you ___” to the person leaving (+/- the person who organised the food) as you go. You can shake their hand, but if you don’t like long drawn out goodbyes, you can say a thank you and goodbye as you are striding out.

For workplaces that have living quarters: for example, on a mining camp, where farewells are after hours and the only other place to go is to your room, it can be very difficult to leave the party even if you don’t want to be there.
If you are able, or have stayed late enough, or have showed signs for the past hour that you are tired, then a straight “Goodnight everyone” and striding away should suffice for a farewell exit.

If you want to leave early, there is the toilet trick, or the “I’m going to my room to get mozzie repellent/dental floss/more music” trick, or the” I’m going to the mess/bar to get dessert/tooth pick/bag of chips” (buying more drinks for yourself might end up in a shout, and you will have to come back). Otherwise pretending to answer a phone call and wandering away to get better reception is another option!
Of course, there’s the “I’m tired, had a long day today, it’ll be a long day tomorrow” trick, but sometimes this is not successful and invites heckling.
For those of you trapped like this, well, love hurts.

Actually, it is the speech I have to give that terrifies me!

And I utterly dread sitting through the speech my boss will give!

If you want your boss to suffer a little when s/he walks you out (if your workplace has a mandatory escort procedure for those ending work at the company), make sure to stop and say goodbye, making cringeworthy jokes about the boss, at every desk between his/yours and the front door. 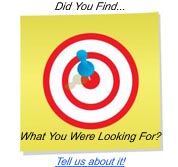